In 1923, 16mm film became available as a less expensive alternative to 35mm film. In 1932, 8mm Plus Series B was introduced as a low-cost alternative to 16mm film for professional productions.

It was marketed as a double 25-foot roll of film that had to be flipped in the camera after the first 25 feet were exposed. This method was not very satisfactory because many people joined the reels together into 200, 300, or 400-foot reels since they only ran for 3 minutes.

So, in 1965 Super 8mm film was launched as an upgrade to regular 8 mm video film. It didn't need to be flipped in the camera, had a better picture, and could even record sound!

It was popular until the 1970s when the Betamax and Video Home System (VHS) formats introduced the Video Cassette Recorder. 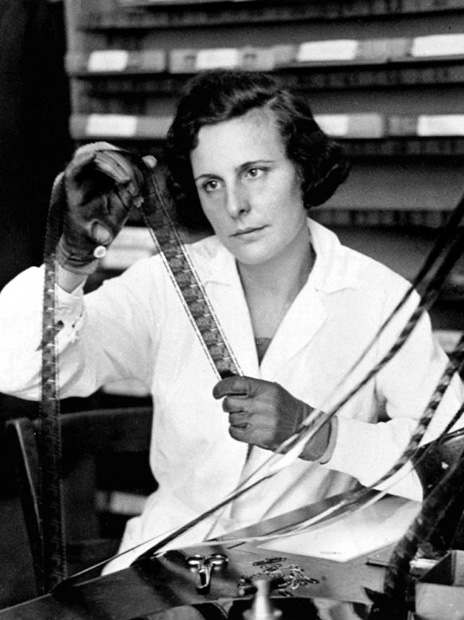 Although these kind of films have been outdated for decades, the information and memories contained in them are still valuable to their owners. These videos often include the greatest movies, weddings, birthdays, and family get-togethers, and they are cherished for their priceless memories.

In your mind, you think of questions like how to view 8mm film or even a Super 8 mm film without a projector. Read the full article to get the solution to your every question.

Well, in this article, you will get to know how to view an 8mm film without a projector. Even if you don't have an 8mm projector, there are a few methods to play what's on the film. Whether it is a vintage home video footage or an old video reel you've found, this article will help you in every way in giving you the best methods to play them.

How to view 8mm film without projector

I would always suggest going for a preview test to check if your Old 8mm films work because there is no use of digitization and purchasing a film editor machine if your old reels themselves are not working.

These 8mm film transfer machines were popular among people to edit films. They resemble small projectors with two arms on which you can hang your reels. The film will enter from one end and exit from the other. 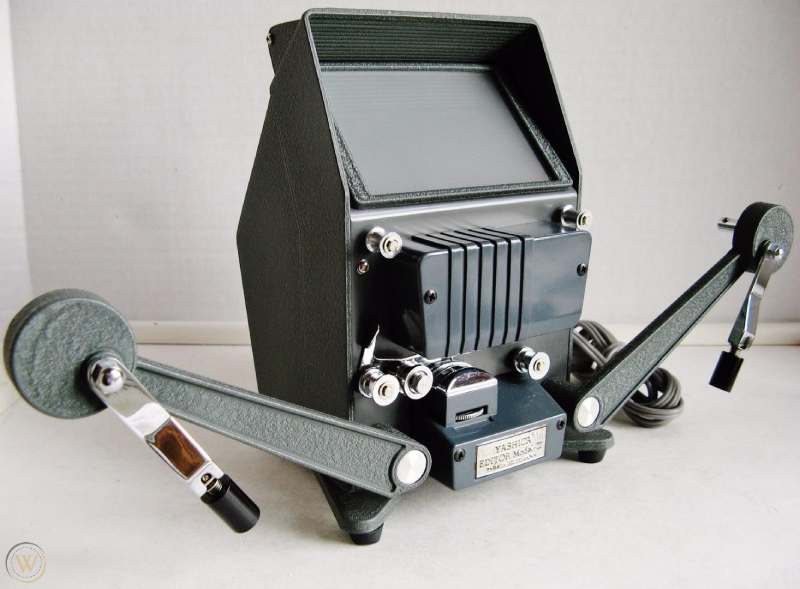 So Vintage film editors are a type of mini projector. They have two arms holding the 8 mm movie reels. They are not very costly, and to name some of the best manufacturers of this fantastic machine, I would suggest these brands: Baia, Kalart, Mansfield, Minette, and Vernon.

So how this film editor works? Let me tell you about that. So what happens is that the raw file that your film reel is; loaded onto the machine from one side. Now the machine will collect the information from the reels and combine the individual shots into a sequence which is then viewed as a motion picture.

Now, as the light from the machine's light source illuminates, you get the output which is then cast onto a screen.

Projectors also work kind the same way but let me tell you if in case you purchase a vintage film editor and operate it the right way, they will act far better than a conventional projector mechanism. Vintage film editors are kinder on your films than projectors.

If you wish to purchase a vintage film editor for viewing your 8mm or super 8 movies, check the links given below:

Another amazing thing in the box is the digital 8mm film scanner to digitize the videos and pictures stored in your 8mm movie reels.

Like how you load the reel from one side in the vintage film editor, the same will be done here. So this 8mm film to dvd converter will then scan the information from the reel, process it into a digital format, and sends a digital output that can be projected to a big screen when needed.

Below I have listed two of my top picks for "8mm Digital film scanners." 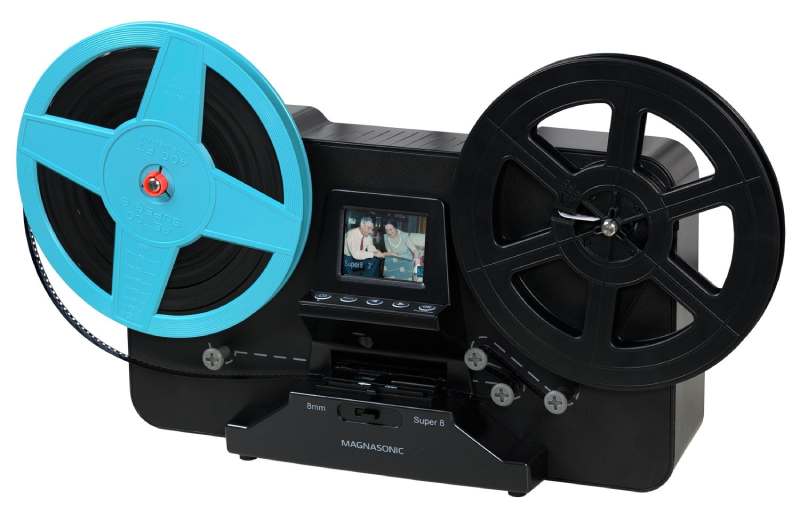 Another fantastic method that will help you to watch the 8 mm film is the high-powered magnifier. Using a standard loupe (magnifying glasses used in jewelry) for viewing the details on the 8mm film is not worth it because it will give you only a quick glimpse.

So for viewing the video frames accurately, you need to use a magnifying glass with a magnification of at least 10x.

For understanding the film's quality, you can use an outside light source that has built-in illumination. After you have done this, you will get an idea of whether it's worth moving on to the film digitization process. 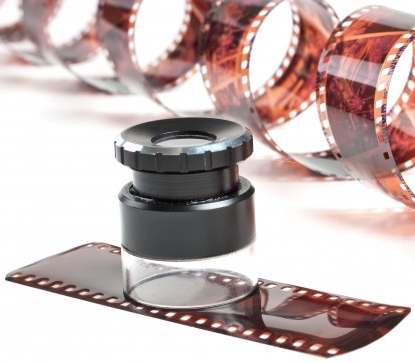 This is one of the best and the most reliable method for viewing 8mm films. The only thing you have to do here is find out the best film digitization service in the market and pitch them to digitize your 8mm reels.

But you have to make sure you select an easy-to-navigate website that has good customer service, assures safe handling, is reasonably priced, and has positive client feedback.

The cost of digitization varies from company to company. But on average, you can anticipate spending between $0.25 and $0.50 per foot of film.

The only requirement is to fill out a form, send your film, and get the digital video. And that’s it!

Also, the advantage of going for a digitization service is that they transfer 8mm films to a digital format, which can be saved on your computers, tablets, or any form of storage media. 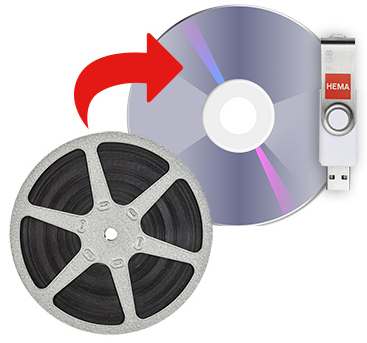 Well, you have reached the end of this article. I hope now you have understood how to view 8 mm film without a projector. If you are going with a Vintage film editor or a digital scanner, make sure you operate the equipment based on the user manual instructions.

Or, if you wish to seek the help of a "Film digitization service," then make sure you pitch the right one.

Best Monitor for Photo Editing Under $500