What Is The Difference Between A Video Camera And A Camcorder

Should you buy a camcorder or a video camera? To understand this first, you will need to know what is the difference between a video camera and a camcorder? In this article, I'll be discussing each in detail, along with their similarities and comparisons. 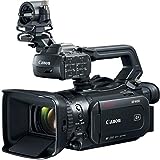 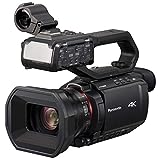 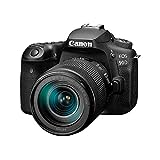 Difference between video camera and camcorder

Let me first give a brief note on the purpose of using a video camera and a camcorder before getting to know their comparisons. You can directly jump to the comparison table if you already have a basic knowledge regarding these.

WHAT IS A VIDEO CAMERA?

A video camera is nothing but a device used to capture motion pictures and convert them to an electronic form. This was mainly developed for television-related purposes.

Early video cameras used videotapes( a form of magnetic tapes) to store these electronic signals. Though these were compact, the ability of in-built storage was a major missing. So, scientists were out on a mission to develop advanced video camera models.

Today, we have different forms of video cameras such as professional video cameras, webcams, camcorders, and other special camera systems. Take for example, there are low light 4k video camera present that are exclusively designed for recording videos in low light and much more cameras are designed to shoot videos in different modes. And these modern video cameras use digital storage such as hard disks, optical tapes, flash memory.

WHAT IS A CAMCORDER?

The camcorder is a type/form of a video camera having combined features of a video camera and a video recorder. Meaning, with a camcorder, you can capture motion pictures electronically as well as record them using the same device. They are portable, all in one video camera.

Now, let me give a brief history of the development of camcorders: It was Sony that released the first camcorder model in the year 1983. It used a Betamax storage system which eliminated the long cables running from the camera to the external recording unit.

Since 1983 there has been a great revolution in the invention of these camcorders. Today there are HD, 3D, Ultra- 4HD and even tapeless camcorders.

So which one is better? Camcorders or video cameras? The answer is – it depends. Do you generally shoot videos for long periods? Like an entire game or a wedding? Then camcorders will be ideal for you. They are easy to hold, have a longer recording time and also come with an expandable battery.

However, if you’re primarily a photographer and shoot videos only occasionally, you probably don’t need a camcorder. A video camera will be more suitable since it can also fulfill your photography demands.

Hi, I'm Nicholas Gilli, I'm a blogger who is very much interested in blogging about film-making gadgets. I have experience as a cinematographer in the film industry for more than 15 years. My blogs would comprise of articles about film making gadgets and guides on how to use them. Even if you are a beginner you will learn a lot about cinematography here. Happy reading.