The myriad distinction between camera angles and shots in filmmaking acts as a pillar to create and enhance scenes. There major types of framing in film; it illustrates the true meaning of the scene and sends messages. It brews out the narrative, theme, correlation, relationships and the overall mood of the film.

It's the field of Cinematographers whose jobs is to select the best types of framing in film for every scene. If this is done properly, then the scene cohesively will have a better outcome. Thus, framing the scenes is an important element that helps to communicate the across-the-board messages to viewers of the film through each distinctive frame. To shoot various kinds of shots, you need a different type of camera lens to execute a perfect shot.

In filmmaking, there are various types of framing in filmmaking. They are categorized based on their length & width and angle.

shot based on Length and Width

The extreme wide Shot usually exhibits the View of the scene in which the story takes place. It can also illustrate an end of another beginning or a group of people in a meaningful location in the story. In an extremely wide frame of a scene, audiences can find huge landscapes.

With honors to the backdrop, the landscape or a dessert, this Shot intends to give the gist and a volume to their viewers to proceed further. It can also be used to introduce characters, but they will appear to be feeble in the frame compared to the backdrop or the destination. This Shot is also known as an establishing shot.

The long shots are often confused by wide shots, not only these shots are wide, but they assemble the elements of the scene that are miles away. This short cover from head to toe, very clearly and not tiny with the significant landscape or castle or backdrop.

Well, the long shots can even make the characters look smaller than what they do in the wide Shot, but it assembles to appear the elements in the form of a long-passage frame. 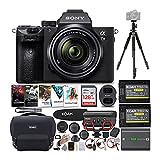 The medium Shot represents the same characteristics of the central character(s) or object(s) but from the waist up. Here, you can see the character from their head to their waist. Audiences can generally see these types of shots while viewing jewelry based magazines, where the photographs are taken in the same frame.

In the old western films, the character was repeatedly shown from the hip up which is now known as a Cowboy shot. The reason they used this frame was to reveal the element of gun holsters.

Also, Medium shots are often used in dialogue scenes and boxing scenes. This pulls the audience closer to the subjects and illustrates factors like body language.

This frame helps the viewers to catch up the facial expressions, notice the arms of the hefty male character, etc. A medium close-up shot used to show things such as a tapping foot or the sliding of a ring on a finger. The main thing about these shots is that they should be used sparingly and have rhythm without being jarring to the eyes.

The close-up Shot could be used to show beautiful details; like a character sensually biting her lips while playing with her hair or a drop of dew on the leaves. It could even be used to capture facial expressions, an ant walking towards another with its minute details. Close-up shots signify small details.

These shots are more specific than the close-up shots and capture only a singular action or a motion of significance. This frame is used when something needs to draw the utmost attention. It could be to show the color of the lipstick on the lips; showing the lips or a knife stabbed inside the chest; featuring the chest. These frames are very particular and limited in nature.

types of framing in film based on the Angles

This angle shows the character or the object in motion creating an angle of elevation from the point it lies. It lies on the ground or below the knees of the character. It creates the angle in which the subject is captured from below the eye level. This can have the effect of making influential, noble, bold, or dangerous.

In this particular frame, one can see that the camera is set at a particular angle. This angle is supposed to be on a roll axis so that the horizon line is not equated to the same level. It is often used to show a disoriented or troubled, uncomfortable psychological state.

This Shot is widely used during showing conversations between the characters. The shoulder, neck, and/or back and head of one of the characters faces away from the camera but the face of the other(s) remains viewable, making the Shot useful for showing reactions during conversations. It tends to place more of an intensity of the relationship between two rhetoricians rather than boring individual shots framing isolation and individuality.

It also impersonates and shows the difference in perspectives, it's a very common shot in scenes where conversations have to be shot. It also delivers scene orientation and adjoins the characters on an emotional level.

In the over-the-hip Shot the camera is placed at the character's hip in the foreground and the focus subject in the plane of focus. You'll gain a similar effect from an over-the-hip shot as you would an OTS, but if you have one character standing, and the other sitting, kneeling, or any other configuration that places the subjects on "uneven terrain" it will often suggest a power imbalance.

This Shot aims at showing what a particular character in a scene is seeing. This lets the audience take a sneak-peek into the head of the character, letting them endure their subjective state. Some examples include; viz, a character waking up from deep sleep, walking around being drunk and unconscious, or looking through a scope, binoculars or sunglasses.

A point of view Shot shows what exactly the character watches. The Eye Level Shots are taken with the camera approximately at human eye level which helps in developing an impartial effect on the audience.

A high-angle shot that's snatched from a greater height and distance is called a Bird's Eye View or Top Shot. One can observe this Shot being used when a castle or a mansion is observed in scenes. It zooms out the landscape or the destination and covers it from the top. It's like a wide shot just taken from a greater height.

This Shot bestows the audience a wider view and is useful for showing the direction and that the subject is moving from one continent to another or via a car on the road, it also accentuates special relations between landscapes or people away from each other or reveals something that to the audience that is outside the horizons of the character's comprehension. The shot is often taken from on a crane or helicopter.

These are the major types of framing in film to elevate the scene to the whole new level. I hope this guide will help you to conclude the Shot for your movie.

Best Prime Lens For All Budgets