Are you having a hard time understanding different types of film? Then let me tell you this learning camera basics and acquiring basic knowledge in film photography is not a very tedious task.

If you wish to shoot images or shots with your artistic view, you must know about all film types in detail.

In this article, I will explain what kinds of films there are and mention where they get used. But before we dive into the topic, let me tell you briefly about the standard film types! 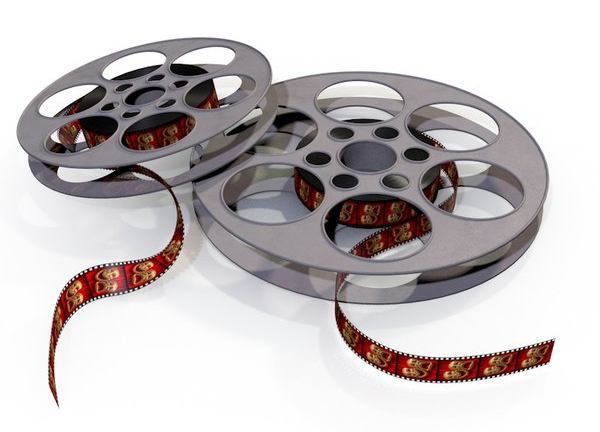 Generally, we use negative and reversal camera films in traditional motion picture cameras. The negative film only captures the negative images.

It delivers the reverse of the colors and tones that we are viewing on the scene.

And we need to process and print these camera negative images on another film stock to get the final picture. But, the best part is this film format can preserve image details in high contrast. 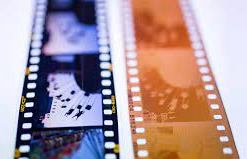 While "reversal film format" directly captures positive images on the original camera film. It can replicate the original color and values just after taking a shot. You can view the image on your camera display or even project it through a projector.

Here, you don’t need to go through a 'print process' for viewing the original images of the scene. However, reversal film formats can deliver a higher color contrast than the camera negative films. The picture quality of this film format is also quite sharp, clear and also shows less grain than a negative film. 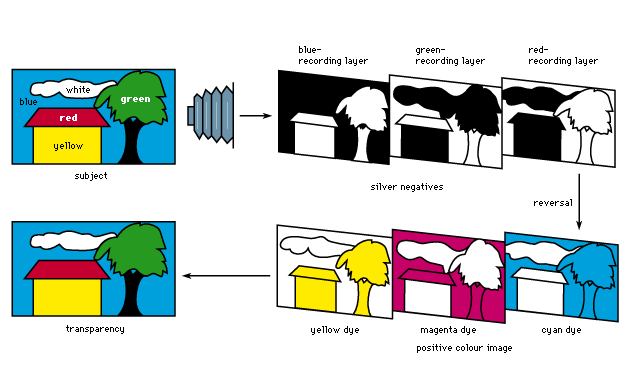 Also, the black and white film is easier to process and print as it has a simpler chemical emulsion than color film. There is also a way to convert analog films to digital format using digital video converters. 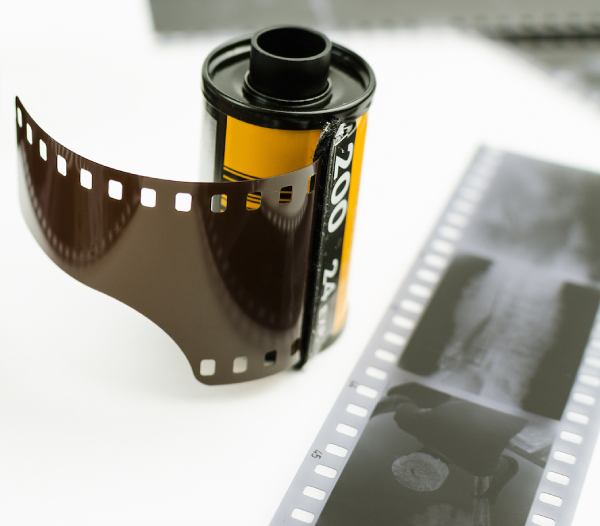 Nature and the environment reflect IR light in different ways, but the only this is that we cannot see infrared radiations with our naked eyes. However, when we use an infrared medium, we can view the environment's excellent aesthetic color contrast.

What this infrared film does is that it explicitly captures subjects using invisible infrared light and creates magic in the pictures. Now several black & white or color infrared film reels are commercially available in the market. Usually, photographers use infrared film format to capture science fiction or fantasy pictures and artfully convey hallucinatory moments.

Types of films based on size

In this part, we will discuss different types of films based on their reel size and aspect ratio. Photographers commonly use four film types – 65 mm, 35 mm, Super 8mm, and 8 mm film roll for different purposes.

Professionals call it film gauge rather than film types as we refer to the 'film width' here. So each film gauge is used in different ways to capture images with different aspect ratios. Before describing each movie film format in detail, let's discuss the relation between film gauge and aspect ratio.

3:2, 4:3, 1:1, and 16:9 these aspect ratios have gained popularity in some particular fields. 3:2 is the most popular aspect ratio that has become standard for modern full-frame cameras.

Before the invention of the camera, artists and painters used to create their frames in this ratio. Besides the golden ratio, 4:3 looks aesthetically much better on today's monitors and TV screens. The film and television industries consider 4:3 as a standard aspect ratio for TV/Video programs.

Let's look at what kind of film will be better to use in your next project to get the desired aspect ratio.

Know different kinds of film in detail, by reading the content below:

In 1930, Eastman Kodak introduced regular 8 mm camera film which is a less expensive replacement of 16 mm film. At an early age, the film was double perforated, which means two edges of 8 mm film reel size had moved across the cameras twice.

Regular 8 mm film cameras could shoot images with a 1.33:1 aspect ratio in 16 fps frame rate. This camera incorporates a regular aperture size of 3.68 x 4.88mm for normal home movies that can cover a 17.96 sq. mm frame area. In 1990, most of the companies discontinued the manufacture of regular 8 mm film as super 8 and other film formats occupied the market.

Shooting home movies was very tough until Kodak introduced the super 8 formats. It didn’t have any hassle of double or many perforations like an 8 mm film roll. So, what is the difference between regular 8mm and super 8 film. The super 8 film roll contains more reel length than 8 mm film as it has 50 feet of film. Unlike the regular 8mm and double 8mm home movie formats, they belong to the motion-picture film format.

Super 8 mm film cameras have a 4.22 x 5.63 mm aperture size that covers a 17.83 sq. mm frame area with a 1.33:1 aspect ratio. These cameras operate with 18 fps and 24 fps frame rates. When it comes to 8mm vs super 8, Super 8 wins the business because of its great image quality and less hassle characteristic. Super 8 is also more convenient and cheaper than regular 8 mm film.

Now the biggest question is can you use super 8 films in an 8mm camera? The answer is a big NO! Standard 8 mm film cameras do not support super 8 films just like the film stock of 8 mm film is not compatible with super 8 cameras. However, you can digitize your Super 8 film tapes using a super 8 to digital video converter.

After the digital revolution, camera lovers have started using 16 mm and 35 mm film reels. Some customers want higher quality film but do not have the budget to invest for 35 mm film, they often choose 16 mm film. Standard 16 millimeters film reels are best to use for advertising, documentaries, and low-budget films due to their lower cost and capabilities to do most of the jobs of 35 mm film. A regular 16mm film has an aspect ratio of 1.37:1.

The figure given below will make you understand the difference between super 16 vs 16mm movie film. We see that a Super 16 frame roll is almost 40% larger than the standard 16mm camera film, depending on the aspect ratio.

With 16 mm, two types of film formats are also available here. Standard 16 mm film and super 16 mm. Super 16 mm delivers comparable resolution and superb quality and its cost is also less than 35 mm film. It can be used for a variety of distribution formats and works smoothly even in the toughest shooting environment and weather. You can shoot with it in a 16:9 aspect ratio for large screen releases.

35 mm film launched in 1934, easily became popular among professionals. If you are new to digital film photography and looking for the easiest way to shoot a commercial film, 35 film reels can be the best option for you. I say this because, with 35 film reels, you will get 36 exposures for each roll that makes it more cost-effective than 65 mm.

Its cartridge can fit into all 35 mm movie cameras. Regular 35 mm film gauge naturally delivers the golden ratio (3:2) even the standard TV/film ratio (4:3) too. It makes the images more balanced and visually appealing. The 16 millimetre film and Super 8 mm film reels also can capture images with a 4:3 aspect ratio.

Moviemakers prefer a 16:9 aspect ratio for certain shots while shooting for widescreen. Professionals use 65 mm film mainly for large format presentations like IMAX or OMNIMAX.  Standard 35 mm movie film can achieve this ratio as well.

Though, the aspect ratio of an image and film gauge is theoretically independent of each other. We can even shoot any image format or capture pictures with different aspect ratings using a single film gauge.

But, if we use a particular mm film for a specific aspect ratio, we will get better results in terms of perfection.